If you’re planning your wedding, then you know the whole process can be a little daunting. From choosing your wedding dress to deciding on place cards, some decision can take an agonizingly large amount of time to finalize. Your wedding music is usually one of the last things picked, but it is one of the most important, for it is truly the soundtrack for your Wedding Ceremony!

But where to start? There are so many options! We at Master Musicians, have put together a list of the Top 10 Most Requested Bridal Entrance Songs from 2016…a good starting place for any bride out there struggling with her music selections!

Written in 1969 by George Harrison and released on the Abbey Road album by the Beatles, “Here Comes The Sun” remains a favorite among brides for their entrance music. The melody is sweet and the harmonies have a modern charm, creating a fun and upbeat entrance for those brides looking for a “vintage-chic” style wedding.

My favorite instrument ensemble for this song is the Guitar & Violin Duo. The guitar captures the original charm of the recording, while the violin adds a classic romantic interpretation to the melody. Check out our Sound Stage to hear one of our Award Winning Guitar & Violin Duos perform “Here Comes The Sun”.

Dedicating this song to his wife, John Legend released “All of Me” in 2013 about a month before their wedding day! How romantic! Bringing back the piano power-ballad, “All of Me” offers an intimate song choice on a grand scale! Perfect for the “dramatic bride” wanting to make a statement with a little simplicity as well!

If it ain’t broke…stick with the piano ensembles for this song! I love the cello with the piano, giving you a deep, rich sound for everyone to enjoy!

Henry Purcell is often lauded as one of the greatest British composers of all time. Composing The Prince of Denmark also known as “Trumpet Tune” around 1700 in honor of marriage between Prince George of Denmark and Queen Mary of Great Britain, Purcell’s genius permeates the centuries and is still a top pick for brides today! Other famous appearances of this piece include the wedding of Prince Charles and Lady Diana in 1981 (and what an entrance that was!).

It's right in the title, a Solo Trumpet to perform this iconic fanfare will create a regal entrance for your ceremony. Ask your Personal Music Consultant about the special rates we have for solo trumpets for your weddingday!

Well this is a big one! George Frederick Handel is one of the most well known composers in history and a personal favorite of mine! While he is most often remember for his Messiah oratorio and the “Hallelujah Chorus”, the Water Music Suite is still considered one of Handel’s greatest works. Composed at the request of King George I (remember, he was the Prince of Denmark…) to have a concert on the River Thames, Handel premiered the orchestral suite in 1717. While there are several movements, “Air” has emerged as a favorite for brides as it contains a march-like quality, while offering a lyrical melody. The perfect compromise between a romantic and regal entrance.

Intended for a small orchestra, I would reserve a full String Quartet for this piece. With two violins, a viola and a cello, you have a complete rendition of your music choices, allowing you to enter to the music as King George had envisioned!

Franz Schubert’s "Ave Maria” first appeared in setting of seven songs from Walter Scott’s epic poem The Lady of the Lake. It remains one of Schubert’s most popular songs…and boy did he write a lot of songs! Schubert wrote over 600 songs during his life, sometimes completing one song a day! The Ave Maria is a favorite piece during the Christmas holiday for obvious reasons, but it also appears in wedding ceremonies, providing a reverent overtone to your ceremony.

For such an angelic song, try a Harp & Flute Duo. The harp creates an ethereal setting while the whimsical flute sings the melody out as the bride descends down the aisle to her groom!

The appeal of this song should be pretty obvious. "Marry Me, it’s our wedding day!” “Marry Me” was first released in 2010 by the band Train and quickly rose to the top of the charts. Six years later, and it is still a top pick for brides to meet their groom! A simple melody and elegant harmony line, this is a fantastic entrance for a garden wedding!

Try a solo harpist for this piece. The harp is elegant and simple, and will capture the essence of this beautiful song!

They don’t call him the King of Rock n’ Roll for nothing! Elvis Presley’s "Can’t Help Falling In Love” is a timeless song choice. The melody is based on a song from a Classical French composer, J.P.E. Martini, but was adapted by the King for the 1961 film Blue Hawaii and it has appeared in many other films and shows in the last 50 years from Lilo & Stitch to The Sons of Anarchy. This song offers brides a versatile melody to match their vision for the weddingceremony.

The options for this song are endless, from a classical string ensemble to a solo saxophone. My personal favorite is the solo guitar, simple and charming, just like the song!

This one surprised me a little…I was sure it would be number one! But alas, it is merely number 3 on our list! Released in 2011 by Christina Perry, for the Twilight films, “A Thousand Years” is one of the most popularly requested songs for Brides and Bridal Parties alike. They sweet melodies create a flowing ambiance that can be customized to accommodate any processional you have planned.

This song is perfect on any ensemble, but a flute ensemble creates a whimsical, “garden wedding” experience and is a particular favorite for this song choice.

You can’t go wrong with this simple, romantic option. One of the most recognized pieces of all time, Pachelbel’s Canon in D is a beautiful choice for the traditional bride. It is an unassuming melody that can be performed delicately or dramatically. Adding instruments enhances the intensity and drama of the music, making for a more grand setting.

The string ensembles are the best options for Canon, from a solo violin to a full quartet, the musicians will customize every note for ever step down the aisle!

Well this one was a total shocker! “Here Comes The Bride” is still the number one chosen songfor brides to walk down the aisle! The bridal chorus comes from the opera Lohengrin based on an old nordic fairytale. While the opera itself is a dramatic tragedy, filled with conspiracy, sorcery and knights in shining armor, the bridal march (which is an overture to the third act of the opera) has remained a favorite for wedding ceremonies since its debut in 1850. Richard Wagner, although a controversial figure, was renowned for painting pictures and images with his music and it truly stands the test of time that brides still prefer the regal bridal march for their entrance.

Change it up with this one, by embracing the Caribbean setting of Florida with one of our talented Steel Drummers! This iconic melody will shine through in a unique way!

And that’s it! The Top 10 Most Requested Bridal Entrance Songs from 2016! If you want to discuss any of these options or maybe songs that didn’t make our list, feel free to reach out to us at www.MasterMusiciansInc.com or info@mastermusiciansinc.com. 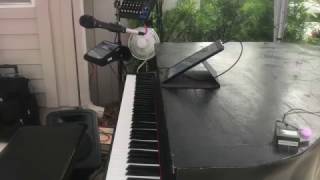 Tip of the Week: Amplify your Officiant! 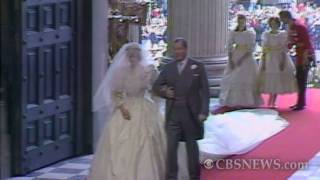 Tip of the Week: Amplify your Officiant!

Countdown to the Luck of The Irish Winner!